Not Just Paying at the Pump: How Gas Prices Affect the Price of Everything 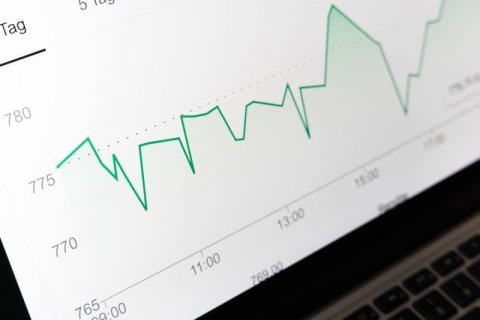 Gas prices have fluctuated wildly over the past several years. After the economic crisis of 2008, prices went from 4 year lows to all-time highs in a matter of just several months. Over the past year or so, gas prices have been dropping fairly consistently.

The most recent drop in gas prices is due to a number of factors. The growth of the domestic fracking industry, combined with massive reserves found both offshore and in Canadian oil fields, has led to a dramatically increased supply in the market. At the same time OPEC, led by Saudi Arabia, has chosen to maintain oil production, presumably in the hope that the decreased price will force some of the more marginal fracking operations to shut down due to a lack of profitability.

As is clearly apparent, gas prices are incredibly volatile, and subject to economic and geopolitical forces far outside the control of the average business or consumer. With such volatility all but certain in the foreseeable future, it is important to understand the impact that gas prices can have beyond just what we pay when filling up our vehicles at the gas station.

Retail stores are affected by gas prices far more than the typical consumer. This is largely due to the fact that retail locations need to have products delivered to them on a regular basis. Those products are often shipped from thousands of miles away on vehicles that consume large quantities of gas. Over time, the price of gasoline is incorporated into the price of wholesale products, which in turn can increase or decrease the margins that retail locations pay for their inventory.

Consumer spending is one of the most heavily impacted aspects of the economy. For many lower and middle-income homes, filling up the gas tanks of their vehicles often consumes a significant percentage of their after-tax income, and can have a substantial impact on their discretionary income.

In fact, several studies have shown that for every 1% increase or decrease in gas prices in the United States, there is a corresponding $1 billion dollars of discretionary spending added or subtracted from the economy. For companies dependent on discretionary consumer spending, gasoline prices can be a reliable bellwether of economic conditions in the short and even medium-term.

At the same time, investors and stockholders who own pieces of consumer-facing companies can see their investments increase or decrease in value simply on the expectation of gas prices.

Real Estate Prices are Impacted Depending on Where Properties are Located

One of the less-known but very real impacts of gas prices comes in the form of real estate prices, particularly in urban areas. However, the relationship is more complicated than a simple correlation or negative correlation. As gas prices increase, the demand for properties in urban centers increases, while the demand for suburban and exurban properties decreases. This follows logically since the cost to commute can increase substantially with higher gas prices. On the other hand, as gas prices fall, the demand for suburban and even exurban properties increases, since homeowners can often get a larger property and don’t need to worry as much about commuting costs. Urban properties will go down in demand, as the advantages of living in the heart of a city become less significant when compared to the problems associated with living deep within an urban center.

With so much riding on increasingly volatile gas prices, it is important for consumers and businesses alike to find ways to reliably reduce costs wherever possible. Businesses interested in reducing sourcing costs can use EC Sourcing Group’s FlexRFP™ to help manage their expenses in a way more reliable than hoping gas stays inexpensive.