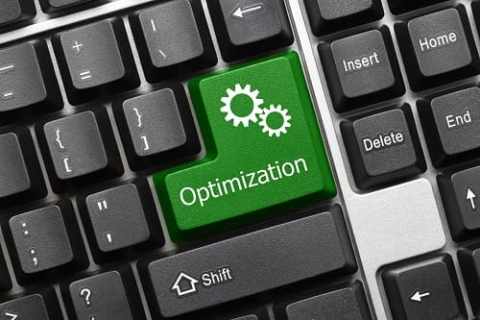 You have probably heard about optimization and might be wondering if it will give your sourcing team a strategic advantage.

Let me start with a brief recap on the excitement surrounding optimization from past posts.

The issue has been a way to easily make sense of it. Spreadsheets are a useful tool, but the time required is enormous and the possibility of undetected mistakes is very high.

Optimization software is the part that allows us to create analysis that hasn’t been possible previously.

GPS was once a $2,000 luxury option and not universally available. Waze and Google Maps have far more capability and they are free.

Don’t you think that this is astonishing considering what was available at a steep price in 2013.

Analyzing it was the issue.

Let me share a recent example of the power of optimization.

Here are the key factors:

This was the most important raw material RFP for the upcoming year.

The RFP was issued, and all final bids were received.

The next step was to create scenarios for the software to analyze.

The sourcing group had several goals in mind:

The cherry pick was chosen to determine the absolute lowest bid award. This produced an award of $71.5 million.  This was the “base case”.

Several different scenarios were run that tested the sensitivity of keeping 70%, 75%, 80% or 85% of the items with incumbent suppliers.

Additional scenarios were run that limited the total number of incumbent suppliers that would be retained. The suppliers that were to be excluded based on past issues were removed from the selection.

In the last step, the maximum number of suppliers by location was limited to 2.

Here is the result:

This result by itself would be fantastic.

Now consider that this was accomplished in 53 minutes using the optimization tool.

The actual savings over the prior year was significant and some of that would have been possible with an enormous amount of time and some very smart spreadsheet experts.

Once the sourcing group saw the scenarios they realized that there were additional steps that could be taken to make this even more successful.

The optimization tool will allow them to create additional scenarios that can be used to negotiate with key suppliers.

For example – tweak the scenarios to offer the highest performing suppliers a greater share in return for more favorable pricing. Once the pricing is received, the bottom line impact can be determined in minutes not days.

The power of this is almost unlimited.

The more you experiment with an optimization tool, the more you will understand what elements impact your business and by how much.

Do you have events with a sizeable number of items or suppliers and other operational constraints?

If you do, optimization is a tool you should consider.

Ask better questions, make changes and 2019 will be your best year ever.

Action Step: If you are uncertain where to start the process of change, a procurement professional like myself can provide guidance and expertise to help your organization achieve the results you want.

If you want to go explore this topic in greater detail, please contact me. I invite you to request 30-minute discovery conversation. In my experience the next step will be apparent at the end of the call. I never assume that what I have to offer will be right for everyone, so don’t expect a sales pitch. You can reach me at (973) 718-7071 x875. The call will be forwarded to my mobile phone if I am not in my office which is pretty likely.

If you would like to know more ways to reduce costs without changing the way you do business, simply give me a call or send me an email with your contact information and the best time to reach you.

You Won’t Drift to Success©

Commit to taking the next step.

Until Next Time, I Wish You Great Success in Your Business and in Your Life